The Roads and Traffic Authority (RTA) will generally review road designs. For major junctions eg to the Princes highway or the Monaro highway a more extensive process with RTA approvals required along with the developer entering into a WAD.

Driveways – There are usually council geometric requirements on residential driveways such as the maximum slope. Bega Valley Shire Council has standard details on drawings 1691 and 1692

TYPES OF INTERSECTIONS AT GRADE

Soils can be compacted by processes such as rolling and vibration. The level of compaction is measured by its increase in density. Moisture is an important part of the compaction process and a particular type of soil will have a particular Optimum Moisture Content (OMC). In general density will increase with increasing moisture content until it reaches its OMC and then will decrease with further moisture. Optimum Moisture Content by definition gives the highest density but this is not necesarily at the highest soil strength.

The highest density is called the Maximum Dry Density (MDD).

In construction it is generally the aim to compact at OMC to have an efficient process. Compaction though can be achieved by compacting at other moisture contents and most of the time it isn’t important how the compaction was achieved but that it was achieved. For example the compaction might be achieved with 4 passes of a roller at OMC or with 6 passes of a roller at a moisture content above or below optimum.

Compaction is a process where air is removed from soil without significantly altering the moisture content. This is typically by tamping , rolling , impact or vibration.
Consolidation is a process where primarily water is removed from soil due to an imposed long term static stress.
Earthworks specifications would refer to compaction only and not to consolidation.

There are two basic types of compaction control tests destructive and non destructive.
Sand replacement is a destructive method of measuring compaction. It involves excavation and removal of some of the fill material. Once the hole is excavated the weight and moisture content of the material removed is determined. The volume of the hole is then determined by pouring in sand. The total density and relative compaction can then be calculated.
Nuclear techniques are non destructive and require calibration against materials of a known density.

Australian Standard AS3798 Guidelines on Earthworks for commercial and residential developments although proposing minimum relative compaction for pavements of 98{1a590cc2deae8747c7e48ca67def2b6b099d5649d3424a048df287628f73c143} does state in its scope (clause 1.1) that it is ‘not intended to be used for pavements, major roadworks or water-retaining structures’.

There are some instances where the modified test should be avoided.

There is generally no direct relationship between Standard and Modified compaction since the material itself is a siginificant variable. A relationship might only hold for a single material. 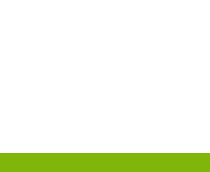